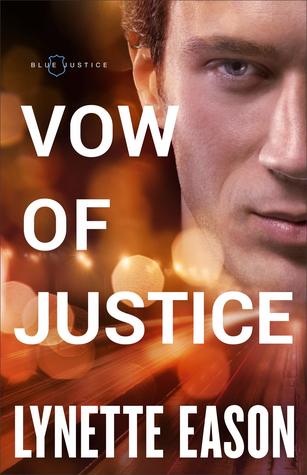 When Allison Radcliffe is killed, FBI Special Agent Linc St. John goes after her killer with a vengeance until he discovers she’s been in hiding. He must put aside their unfinished business before she becomes the next victim.

Vow of Justice by Lynette Eason is one thrilling tale of justice served. A young woman lived through a terrible ordeal and wants to justice. As an FBI agent, she can get the man and another evil man locked way for life. Only they somehow find her and her cover is blown. From there, she’s afraid for the crime boss’s daughter, who is her only ally someone she ended up caring for. The young daughter knows her dad is evil. He did something in front of her and since then she too, wants justice. Death can change people. It can also make them stronger. Both agent Allison and the teenage girl, will learn to cope, fight, and get their justice…it’s only a matter of time. Allison and her team are thrown for several surprising loops. A man they trusted is against them. But who? One agent believes the other is dead. Only one is stuck hiding and the other is out to get revenge for his partner’s death.

Nothing in this novel, was predictable. I loved it. The characters kept me guessing. They way they reacted left a lot to be done and said. I wouldn’t know what they would do or say, until they did. Then there were the bad guys who kept popping up when they were least expected. Twists and turns everywhere. The pages flew by fast. The plot was action driven mostly. The characters helped speed it up as well. Entertaining from the beginning, I was hooked. Overall, this was one edge of your sear kind of romantic suspense read. I recommend it to all readers.