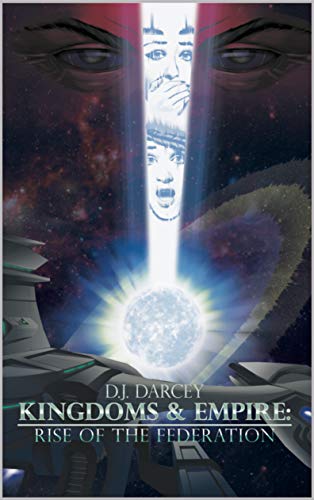 The Federation is an alliance of aliens, organics, machines, and more that spanned many galaxies across the visible universe. They are the great superpower of multiverse and the protectors of the natural order. In their eyes the Utopians and Darkcons are an affront to the natural order and a threat to all beyond the realm.

Princess Asora having to make dark decisions to fight the Federation just to survive. She still battles the machinations of her sister Queen Laxur and her Darkcon Empire. This three way war will decide the fate of the realm and the larger multiverse. Who will rise from the ashes?

The old and reformed Utopian Kingdom under Princess Asora, the desperate and vicious Darkcon Empire lead by Queen Laxur, or the vast and powerful Federation commanded by Pro-Counsel D’var?

There’s action, adventure, love, sacrifices, risks, and war to enjoy in this book. Plus, humor. The author’s characters are unforgettable!

What are you waiting for? Get it now from Amazon!