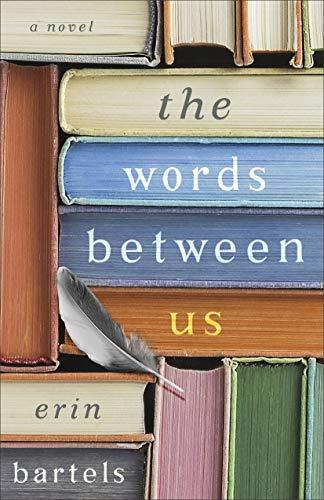 A reclusive bookstore owner hoped she’d permanently buried her family’s sensational past with a new name. But when the novels she once shared with an old crush begin appearing in the mail, it’s clear her true identity is about to be revealed, threatening the new life she has painstakingly built.

The Words Between Us by Erin Bartels is a deep, thought provoking story. The themes are powerfully explored here.  Courage, family, and love thrived. The main protagonist had a lot on her plate. Her father being jailed for horrendous crimes and later executed. The emotional battle for the young woman was difficult. But she kept going. Her life is renewed yet the past of her family’s secrets still crush her. Too much weight, and then life sends a way of cracking that. Opening up wounds that never healed, the protagonist had one of the toughest journeys I’ve read. It was believable every step of the way. Robin held my sympathy from the start. Erin Bartels created a story that dug into my heart. I couldn’t let go of the characters. Even after the last page was read, they were still stuck in my head. Their stories were that good.