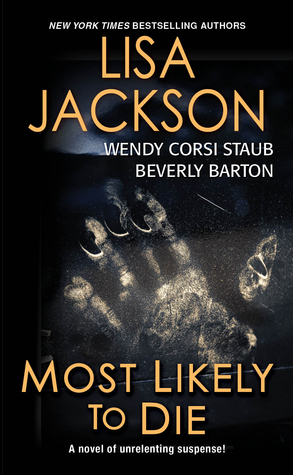 A Killer Who Gets Away With Murder Once. . .
It’s been twenty years since the night Jake Marcott was brutally murdered at St. Elizabeth High School. It’s a night that shattered the lives of Lindsay Farrell, Kirsten Daniels, and Rachel Alsace. It’s a night they’ll never forget. A killer will make sure of that. . .

Finds It Easier To Kill Again. . .
A 20-year reunion has been scheduled for St. Elizabeth’s. For some alumni, very special invitations have been sent: their smiling senior pictures slashed by an angry red line. . .

Most Likely to Die is a thrilling story. Each character is tormented by the past. Heading to their upcoming school reunion where a murder was committed has them on the edge. Suspicions fly with every page. The drama and danger escalate as the chapters continue. No one is sure what happened that night way in the past. But somebody is tormenting them and killing them one-by-one. Edgy, dark, and suspenseful Most Likely to Die is a great read. I was hooked.