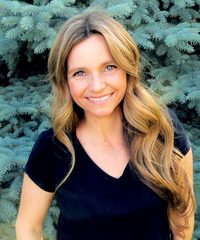 Ten years ago, I wrote the first words of my debut novel The Girl I Left Behind. I never thought I’d write a novel. Ever. One day I caught a documentary on the History Channel about Nuremberg’s historic Kunst bunker, a secret art bunker the townsfolk hid from Hitler, and I was instantly intrigued. More so, the documentary talked about the youth resistance. I have a degree in History, so I suppose you can say my thoughts are already in the past. When I discover areas of history that I’m not fully versed in, I’m almost always inspired to find out more. In this case, I set out to learn more about the youth of the German Resistance. I tried to find a novel on the subject and couldn’t find one, and as corny as it sounds, set out to write the novel I wanted to read.

I had so many questions. How far would a young person go in the name of freedom? Most importantly, what would make them break?First, though, the research: In my book, Ella, the main character, joins a resistance group called The Falcons. This group was inspired by the resistance groups that existed in Nazi Germany at the time. The White Rose, probably one of the most notable youth resistance groups, was a passive group of young adults known for their anti-Nazi leaflets. The Swing Kids was another, a group (and a movement) who openly resisted the confines of Nazi behavior. They listened to banned music and essentially behaved like American teens, which was absolutely scandalous and an arrestable offense. However, not all youth resistance groups were passive. In fact, some were violent street thugs who sought out kids in the Hitler youth to beat up.

Yet, in between these groups, between the passive and the aggressive, there were youths printing phony identification papers and providing safe houses for Jews—ah, now this was getting very interesting. Then there were the special sects: renegades—some of them female—who sabotaged patrols, schemed to assassinate Hitler, and infiltrated the Reich to spy for the British. It was upon learning this that the idea to have The Girl I Left Behind play out as a female-driven spy novel became too good to resist.

Sometimes I wonder how different my life would be had the History Channel not been playing on my TV that fateful day in October, 2009. In the last ten years I’ve written five novels, three of which I sold to Aria Fiction. So, inspiration is a very crazy thing. You never know where it will take you.