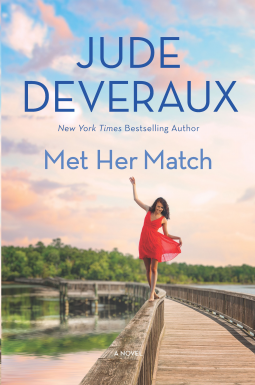 In small towns, no one lets the facts get in the way of juicy gossip…

Terri Rayburn is a girl with a reputation. She doesn’t deserve it, but having grown up on the outskirts of Summer Hill, Virginia, she knows how small towns work. The only way to deal with vicious gossip is to ignore it. So she keeps to herself as she runs the summer resort on Lake Kissel.

When she returns home from a short trip to find a handsome stranger living in her house, she smells a rat. Someone is trying to fix her up, and she has to admit that Nate Taggert is just her type. However, Nate is engaged to the daughter of the mayor and strictly off-limits.

Nate and Terri form an unlikely friendship while he throws himself into life at the lake. As Nate starts to hear rumors about Terri he’s confused. Knowing how smart, beautiful and strong she is, he’s determined to discover the source of the gossip. Terri doesn’t want to revisit the past, but Nate won’t stop until he discovers the truth—even if the truth might be more than either of them can handle.

Set in the beloved fictional town of Summer Hill, Virginia, Met Her Match examines the tensions between the wealthy townspeople, the summer vacationers and the working-class people who keep the town and resort running. Told with humor and heart, Met Her Match is the perfect summer escape.

Met Her Match by Jude Deveraux is an intriguing story with the juiciest plot. The dark sinister mystery not solved from years ago is found on the shoulders of a daughter who never got to know her mom. But as things escalate out of control between her and a new hunk in town-the mystery is being looked into once again. This time, things are found. Questions are being asked. Everyone now knows how Terri must have felt all these years. The truth about her mother will finally be revealed…and it’s only a matter of time.

This is a deep story that went straight to my heart. Topics like rape, abuse, and gossip are mentioned in this book. A small-town that has its own dark secrets. Now, after so many years of torture from the town, a family finally gets peace. Only the truth can set us free-this phrase kept popping into my mind as I read the book.

Terri is athletic, smart, and gorgeous. She has not had any luck with the men in her town. Finally, she meets her type of man. However, he’s engaged. Yet he too, feels the attraction that she feels. Letting go is easier to say than do. Terri has been handling the abuse of gossip from her town. Manly, because she loves the lakeside and wants to be by her father. So, she had endured all the pain until her prince charming comes to town.

Meet, Nate. He’s built like a bear and growls like one, too. He and his new roommate, Terri, have so much in common. They like beer, real food aka meat, and love being active outdoors. Nate is engaged to a beautiful and rich woman in Terri’s town. While Nate’s fiancée is working a good art job, he ends up falling for his roommate. Once his fiancee, the mayor’s daughter comes back, Nate’s in deep trouble. The real problem is he doesn’t know which woman he loves or what he wants to do.

Overall, this novel was easy to get lost within. I loved the characters. They were quirky and real. I felt like I lived with them for years. This writer has successfully transported me into her world of fiction. I never wanted to leave…