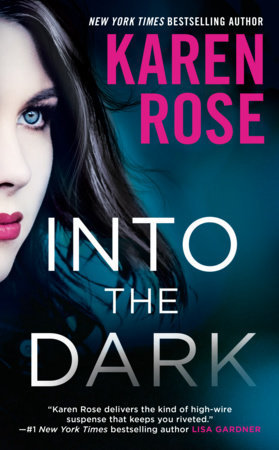 Michael Rowland is not your typical teenager. Deaf from birth, he’s always looked out for his five-year-old brother, Joshua. When his stepfather comes after Joshua, Michael takes the child and runs. He’s determined to protect his brother at all costs, even if that means making himself vulnerable to a danger he can’t hear coming. And the danger intensifies when Michael witnesses a stranger kill his stepfather.

Desperate and afraid, the boys have nowhere else to go but to Joshua’s soccer coach, journalist and ex-Army ranger Diesel Kennedy. When Diesel sees that Michael is injured, he takes them to see Dr. Dani Novak—not only because she’s fluent in American Sign Language, but because he’s drawn to her and everything she stands for. She never refuses Diesel’s requests—because she, too, feels their connection—but she resists him for reasons she doesn’t want to confess.

When Dani and Diesel learn that Michael saw the face of his stepfather’s killer, they fear for his safety. But they quickly discover that it’s even worse than they feared: They may have a serial killer on their hands—and all signs point to Michael as the next target.

Into the Dark by Karen Rose is an action packed thriller. Right from the first few pages, Karen Rose dives readers head first into the action. The plot was easy to follow. I was hooked. The suspense was good. I felt the danger from the first moment until the ending. I could not predict what would happen nor who was going to die next. This book had me on the edge of my seat. I read the entire book in one day (yes, all 609 pages of it). It was character driven, the dialogue was perfect, and everything made sense once the pieces were tied. I liked that I could not predict anything-it was refreshing!

I understood the characters well. Their quirks only made them more real. Each had his or her own demons to battle. Both internally and externally. Deep topics such as rape and child abuse were brought up in this plot. It fit the whole book. Dark, intense, and satisfying-this is a must read for all. The novel was hard to put down. Once in, I was lost to the real world and deep in Karen’s fictional one.

The heartbreaking moments of the things Dr. Dani Novak, Diesel, and young Michael faced had me crying. I wanted to hug these characters. Yes, I knew there were fictional but still…

Dr. Dani Novak went through an almost death situation in the past. Plus, there’s her condition that many still treat her like the plague. Including her own family. This woman has a heart of gold, strength of 10 male heroes put together and so much intelligence…I loved her. The way she puts herself last and takes cares of others first was beautiful.

Diesel went through the same thing young Michael has currently faced. Diesel is still hurting from it even though it was so many decades ago. The raw pain and stress of his childhood is relived when he rescues Michael. Diesel is also in love with Dr. Dani Novak.

Michael is a young teenage boy who was abused not just by his stepfather but by his own mom. He’s sacred, deaf, and hurting. Michael ends up being saved the day he runs 5 miles in 30 minutes to pick up his  5-year-old little brother. Michael does everything he can to protect his little brother. My heart broke for him. He’s a smart boy, with a good heart, and with some help…he’s learning to trust again. With Dr. Dani Novak and Diesel to protect him and his brother, Michael is able to live and be a kid again. No one will ever hurt them again.

Both Dr. Dani and Diesel head into the dark when it comes to recusing two boys. Their lives will change forever. The title was perfect for this book. Once again, I cannot stress how well-written this book was. It did not drag, it was believable, it had everything I hoped for plus, more.