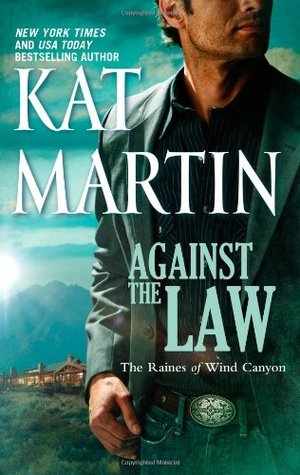 The most unsettled of the “no-account Raines boys,” Devlin Raines has long been protecting his heart from injury. But his latest case – and client – forces him to lay everything on the line…

At thirty-two Dev is “mostly retired” from Raines Investigations, content to run operations from his sprawling Arizona home. But Dev has never been able to say no to a beautiful woman, so when Lark Delaney comes to him for help, the former U.S. Army Ranger from Wind Canyon gets back in the game.

Lark is sexy, successful and dedicated to tracking down the baby girl her sister gave up for adoption. It should be a straightforward case, but it’s not long before Dev uncovers a shady adoption ring and worse—the child’s parents have been murdered and the little girl has been taken.

As the case grows dangerous and Lark needs him more than ever, Dev can’t ignore his growing attraction for her. He also can’t trust his judgment with women or the emotions he’s long-since buried. But there’s a chance, if he gets this right and saves Lark’s niece, that he’ll end up saving himself, too.

Against the Law by Kat Martin is an exciting read. It is everything a romantic suspense novel should be. A young woman who lost everyone she loved, swears an oath. Finding the baby that her younger sister gave away. Make sure the baby is with a good family. Lark finds one hell of a detective and man in Dev. A man that could be in GQ magazines, love having different women in his bed, and building his fortune. Only those things are not as fun as he thought they would be. Having been hurt by women in the past, Dev thought endless one night stands was life. But until, an empty feeling sinks in and a renewed energy filling in the form of one woman, Dev may find his calling.

Dev wanted love and the whole package. He never found that in his mother nor his ex-fiancee. Now, women have left a bitter taste in his mouth. Never would he leave himself so vulnerable again. Then, enters Lark.

Lark is everything gorgeous inside and out. She has humor, grace, love, and intelligence. Her beauty stuns all men. Lark is wanting to find her niece. Dev is the man for the job. However, what should be a quick job leads to so much more.

The chemistry was instant and hot. The plot quickly escalated out of control. I was on the edge of my seat waiting to see how bad things were going to go. I rooted for each protagonist. Kat Martin had me cheering for them both. Most of all, the pair of characters got under my skin and snuck their way deep into my heart.

Against the Law is a must read romantic suspense novel. I loved it. It was fast-paced, well-written, and intriguing.