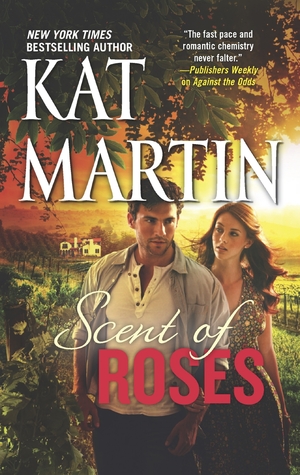 But this time she has no choice.

Family counselor Elizabeth Conner isn’t sure what to think when Maria Santiago comes to her for help. Pregnant and terrified, Maria claims to be visited each night by the ghost of a little girl, warning her to flee. Her husband, Miguel, a migrant worker at Harcourt Farms in the San Joaquin Valley, dismisses her fears as hormonal changes. Sympathetic to the young woman, Elizabeth agrees to help by contacting Miguel’s employers, who own the cottage where the young couple lives.

Elizabeth immediately picks up on the deep enmity between the two Harcourt brothers: Carson, the handsome scion running the estate for his incapacitated father, and Zack, the rebellious black sheep. While Carson is more interested in Elizabeth than in her concerns, Zack grudgingly agrees to help her look into the history of the house.

But even as unexpected desire draws them together, Elizabeth and Zack feel something dark and disturbing at the house. And when the cloying scent and lingering chill of pure evil surround her, Elizabeth knows something terrible has happened here before, something that has its roots in murder….

Scent of Roses by Kat Martin is a thrilling suspense novel. I was intrigued by the characters, their situations, and the bad rift between the two brothers. Then, there’s another character who sees and hears a dead girl’s ghost. Warning her to leave before they take her baby. Frightened but not knowing what to do, the woman finally tells Liz. Liz is a family counselor for the young woman’s only brother. A brother who is getting his life back together and is worried about his sister.

Something is happening and is connected to the dead girl’s ghost. Not only that, but the husband of the young woman senses the chilling presence in their new home. It’s tearing them apart.

Liz and one of the of the men who own the property that the house is on, explore what might have happened. They do some digging both research and actual shovel digging beneath a house. What they find stirs up more than just more anger from a family relative.

Their puzzle pieces together more than one crime. It was amazing. Everything fitted together perfectly. Kat Martin writes well. I enjoyed the story. The characters had a way of pulling me into their lives. Dark, emotional, and scary-Scent of Roses is a must read for all suspense and romantic suspense fans!