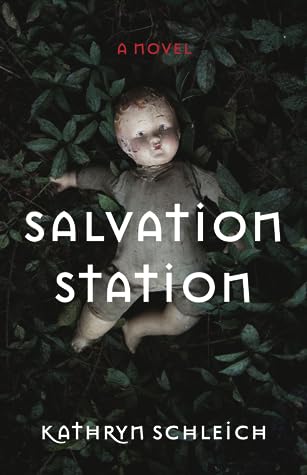 When committed female police captain Linda Turner, haunted by the murders of two small children and their pastor father, becomes obsessed with solving the harrowing case, she finds herself wrapped up in a mission to expose a fraudulent religious organization and an unrepentant killer.

Despite her years of experience investigating homicides for the force, Captain Linda Turner is haunted by the murders of the Hansen family. The two small children, clothed in tattered Disney pajamas, were buried with their father, a pastor, in the flower garden behind a church parsonage in Lincoln, Nebraska. But Mrs. Hansen is nowhere to be found—and neither is the killer.

In St. Louis, the televangelist Ray Williams is about to lose his show—until one of his regular attendees approaches him with an idea that will help him save it. Despite his initial misgivings, Ray agrees to give it a try. He can’t deny his attraction to this woman, and besides, she’d assured him the plan is just—God gave her the instructions in a dream.

Multiple story lines entwine throughout this compelling mystery, delving into the topics of murder, religious faith, and the inherent dangers in blindly accepting faith as truth. While Reverend Williams is swept up in his newfound success and plans for his wedding, Captain Turner can only hope that she and her team will catch the Hansens’ cunning killer—before more bodies surface.

Salvation Station by Kathryn Schleich is a great mystery novel. It is well-written. I enjoyed the plot. It wasn’t loaded with too many details at all. It contained just enough details and backstory to make it intriguing. The novel surrounds the mystery death of one pastor and his two kids. The mother obviously missing. The three bodies were found by a dog and another pastor. Captain Linda Turner is called on scene to investigate. She cannot get the images of the kids dead bodies out of her mind. Linda was determined to solve the case. But as they mystery kicked up, the details of the deceased people got more interesting. I was entertained from beginning to end with this tale. Salvation Station has suspense, mystery, and the whodunnit vibe. I loved reading this book.