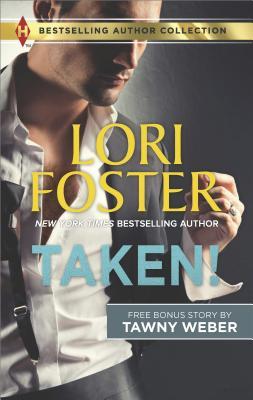 Virginia Johnson had learned to take what she wanted. It was a strategy that had worked well for her in business, but not so well in her personal life. Men were intimidated by her – except new hire Dillon Jones. Dillon was different. He had broad shoulders, a hard body and a confidence that intrigued her. In short, he was just the man she wanted to seduce

Virginia was just the woman Dillon wanted to seduce – although she could never know that despite finding her sexy as hell, he had an ulterior motive. He was undercover at Virginia’s company to help save his brother, and Virginia was the key to getting the information he needed. But if he wanted Virginia, he’d have to take her

Navy SEAL Blake Landon knows the rule book inside and out, and follows it. Until he sees the tall redhead whose dark eyes suggest that the rules – especially those in bed – are made to be broken.

Taken by Lori Foster is a hot intense read. It immediately takes the reader deep into the action. The heat, passion, and risks were felt on every page. The plot was exciting. Deception, kidnapping, attempted murder among other things can be found inside this book. Virginia is a strong female heroine. She’s like a bull that charges through a China shop most times. Her heart is in the right place and she does have brains. However, it was like she got over being deceived way too quickly. Maybe, she was so lost to the intense lust between her and the captivating, Mr. Dillon.

Mr. Dillon is man who goes all in to save his family. He is also duty and honor bound. I like him more than I do, Virginia. He appeared more realistic. He had the body to attractive and send off the right vibes for any situation. A control type of guy but also, a softie, too. He protects those he cares about. It is obvious he cares about his father, and half-brother, Wade. However, he’s also coming to care a whole lot more for Virginia. He feels the need to protect and to love her.

Overall, Taken by Lori Foster is a very good read. I recommend it to all.