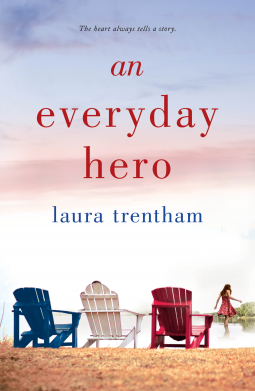 From award-winning author Laura Trentham comes an emotionally layered novel about redemption, second chances and discovering that life is worth fighting for.

At thirty, Greer Hadley never expected to be forced home to Madison, Tennessee with her life and dreams of being a songwriter up in flames. To make matters worse, a series of bad decisions and even crappier luck lands her community service hours at a nonprofit organization that aids veterans and their families. Greer cannot fathom how she’s supposed to use music to help anyone deal with their trauma and loss when the one thing that brought her joy has failed her.

When Greer meets fifteen-year-old Ally Martinez, her plans to stay detached and do as little as possible get thrown away. New to town and dealing with the death of her father in action, she hides her emotions behind a mask of bitterness and sarcasm, but Greer is able to see past it and recognizes pieces of who she once was in Ally. The raw and obvious talent she possesses could take her to the top and Greer vows to make sure life’s negativities don’t derail Ally’s potential.

After Greer is assigned a veteran to help, she’s not surprised Emmett Lawson, the town’s golden boy, followed his family’s legacy. What leaves her shocked is the shell of a man who believes he doesn’t deserve anyone’s help. A breakthrough with Ally reminds Greer that no one is worth giving up on. So she shows up one day with his old guitar, and meets Emmett’s rage head on with her stubbornness. When a situation with Ally becomes dire, the two of them must become a team to save her—and along the way they might just save themselves too.

An Everyday Hero by Laura Trentham shows readers what an ordinary person who thinks they lost everything can do for others. The impact people have on each other is big. I got to explore that in this read. It was both sad and heartwarming. I enjoyed following each character as they grew into the roles they needed to take on whether or not they were willing at first. Those that needed saving also saved the ones who weren’t looking to be saved at all. Healing comes in many varieties. In this book, a woman whose life seems at the end, is just beginning. Her life becomes more full and meaningful as she learns to adapt to her new role. She helps people. They in return end up helping her heal too. Overall, this book was supercharged with emotions. The cast of characters made it believable. I fell in love from the beginning with this story.