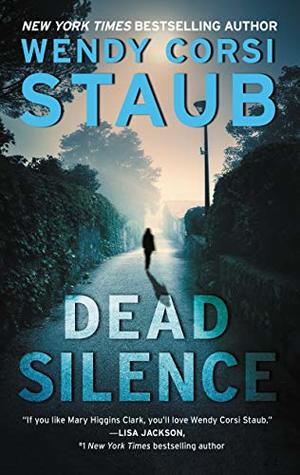 In New York Times bestselling author Wendy Corsi Staub’s riveting thriller, uncovering secrets in the past draws one woman into a killer’s web. . .

No Such Thing as Coincidence . . .

Staring into his frightened blue eyes, investigative genealogist Amelia Crenshaw Haines vows to help this silent little boy who is unable—or unwilling—to communicate his past. Though her own roots remain shrouded in mystery, she relies on tangible DNA evidence to help fellow foundlings uncover theirs . . . until a remarkable twist of fate presents a stranger bearing an eerily familiar childhood souvenir.

NYPD Missing Persons Detective Stockton Barnes has spent his career searching for other people’s lost loved ones and outrunning a youthful misstep. Now a chance encounter with a key player from that fateful night leads him on a desperate quest to locate the one woman he’s ever regretted leaving—unless a savage killer finds her first.

As Amelia and Barnes uncover intertwining truths—and lies—the real horror emerges not in crimes already committed, but in evil yet to come . . .

Dead Silence is a new book in a series. I have not read the series from the beginning; however, I usually can dive into any novel out of order and get it. This is was not the case for this book. Not knowing more details about the forensic artist, I was a bit lost. Not too much but still lost.

The beginning it showed me the relationship she had with her husband. At that point, so early, I didn’t really care if they got divorced or stayed married. I felt no emotional pull to either. Then there was this ring, a missing child, and a dead body. That was when I got interested in this book. Until this moment, I was not sure if I liked it enough to keep reading.

Dead Silence has mystery and surprises on its side. I was surprised at certain revelations. I kept wondering how the events would add up or connect.

Again, I was not excited to read this. Thanks to the plot, I did not feel connected to the main characters. They had a job to do; they did it. There was a purpose for others and I somewhat got it. No emotional pull towards the characters. The book was good. It could have been better.