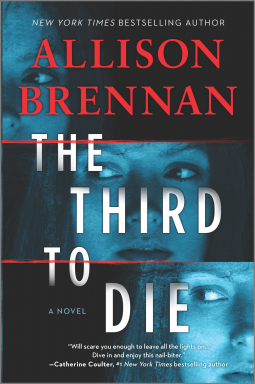 An edgy female police detective…An ambitious FBI special agent. Together they are at the heart of the ticking-clock investigation for a psychopathic serial killer. The bond they forge in this crucible sets the stage for high-stakes suspense.

Detective Kara Quinn, on leave from the LAPD, is on an early morning jog in her hometown of Liberty Lake when she comes upon the body of a young nurse. The manner of death shows a pattern of highly controlled rage. Meanwhile in DC, FBI special agent Mathias Costa is staffing his newly minted Mobile Response Team. Word reaches Matt that the

Liberty Lake murder fits the profile of the compulsive Triple Killer. It will be the first case for the MRT. This time they have a chance to stop this zealous if elusive killer before he strikes again. But only if they can figure out who he is and where he is hiding before he disappears for another three years. The stakes are higher than ever before, because if they fail, one of their own will be next…

The Third to Die by Allison Brennan is nothing but full of surprises. Her main character, LAPD Detective, Kara Quinn, is unique. She went through a life that no child should have had to endure. Her parents were both criminals. It was amazing to see that she pulled through and went into the police academy. Now, she is a highly valued LAPD officer and to the new FBI agents in her hometown, she is a great asset to their limited team supply. Kara has a knack for finding things. Her abilities which I cannot confess, is extraordinary. They come in handy for this current serial killer track down.

Coming back home to her small-town, Kara isn’t happy. But once there, she finds out that a killer has murdered and will continue until he or she is caught. Kara’s instincts make her a great heroine. I loved her kick ass self along with her tough exterior. But she also has a soft side. A kid was run down and she stopped chasing the serial killer to be there for the injured kid. I felt the anger and fear that Kara was going through as she knelt down by the injured boy.

FBI agent Matt, is the lead player on the newly formed FBI team, Mobile Response Team. Meaning the travel wherever they are needed, to catch the bad guys. Matt is single and thus a perfect member for such a team. He tough attitude and leadership skills make him believable as an agent. He wasn’t expecting someone like Kara to help with his new case. nor did he expect for them to get so close…

Overall, I loved this book. The way it ended, has me begging for more action by Allison Brennan.