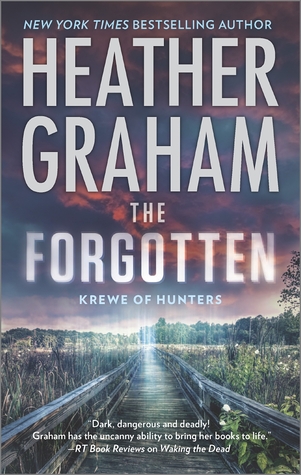 Murdered by a dead man?

A woman named Maria Gomez is murdered in Miami, apparently by her husband—who’d been presumed dead, slain by a crime boss. FBI agent Brett Cody can’t believe it; dead or alive, the man had loved his wife. He also can’t help feeling guilty, since he was responsible for protecting Miguel and Maria Gomez.

A few miles away, Lara Mayhew has just begun working at a dolphin research facility. She loves her new job—until a dolphin brings her something unexpected from the deep. A human hand. More body parts show up, and when Brett looks into the situation, he discovers that the dismembered corpse is Miguel’s.

Soon, rumors of crazed zombies abound in the Miami media, and the Krewe of Hunters, an elite FBI unit of paranormal investigators, is called in. Brett and Lara find themselves working with the Krewe—and working closely together. An elderly crime boss who’s losing his memory seems to be key to solving this case, but…there’s no motive. Unless Brett and Lara can uncover one in the Miami underworld. And that means they have to protect themselves. And each other.

The Forgotten by Heather Graham is the 16th adventure in this exciting Krewe Hunter series! I was thrilled to read this book. The cover was intriguing. The cast of memorable characters from previous books were included (which is always the best part) and new characters were introduced. In this story, I was in Florida exploring how the dead and recent dead victims came back alive. The scenes were vivid and full of risks. Every step the characters took, there was danger waiting for them to make a mistake. One wrong step or calculation and the good guys would be ending up along with the other victims.

Danger was everywhere. It was dark. I was on the edge of my seat with this read. I couldn’t fathom who the murder(s) were. So of the prime suspects were ruled out for various reasons. This made the guessing harder.

If you love the water as much as I do and interacting with animals this read is also for you! One of the main places were a dead man’s body parts are found happen to be inside a dolphin’s tank. This dolphin played a key role in helping the Krewe Hunters, FBI agents, and the local police catch the bad guys. One special woman whose past was as horrible as the gruesome murders is once again put into danger. Her life hung in the air.

Once again, I was entertained by Heather Graham latest novel. I cannot get enough of this Krewe Hunter series! Each member has a unique flavor they add to the stories and to the series. Heather Graham made sure each person had something special to contribute to the newly formed FBI unit, The Krewe Hunters. This is one romantic suspense I highly recommend to all.