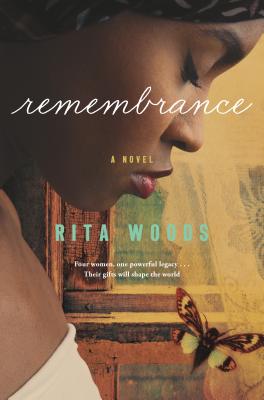 Remembrance by Rita Woods is a breakout historical debut with modern resonance, perfect for the many fans of The Underground Railroad and Orphan Train.

Remembrance…It’s a rumor, a whisper passed in the fields and veiled behind sheets of laundry. A hidden stop on the underground road to freedom, a safe haven protected by more than secrecy…if you can make it there.

Ohio, present day. An elderly woman who is more than she seems warns against rising racism as a young woman grapples with her life.

Haiti, 1791, on the brink of revolution. When the slave Abigail is forced from her children to take her mistress to safety, she discovers New Orleans has its own powers.

1857 New Orleans—a city of unrest: Following tragedy, house girl Margot is sold just before her 18th birthday and her promised freedom. Desperate, she escapes and chases a whisper…. Remembrance.

Remembrance is a historical fantasy novel. One that shows one of the worst times in history-slavery. Africans and blacks everywhere were separated and sold into degrading positions as slaves. They were given no freedom. These group of people were treated worse than farm animals. Farm animals had more respect from white folks than the African people did.

In this novel, I was taken on a journey of several women. Each woman had a story to tell about slavery. The Underground Railroad was revisited in this book. These women were strong and took chances into their own hands. They escaped from their life of slavery. Seeking freedom and safety. Their tales are filled with horror, fear, and brutality. Loss and grief can be felt as these women took me further into their lives.

Fantasy played a part in this epic journey.

Time both present and past tied together.

I enjoyed reading this great book. It reminded me of Uncle Tom’s Cabin and To Kill a Mockingbird. Those were the books and movies I grew up with as a child. Slavery is wrong on all accounts and never should have been a part of history.