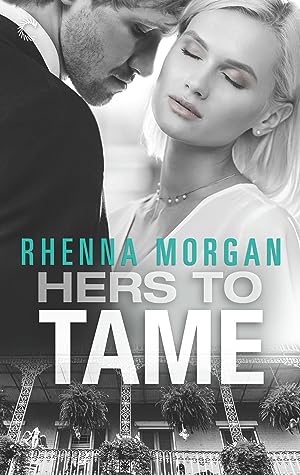 As an avtoritet for the most powerful crime syndicate in New Orleans, Kir Vasilek doesn’t act without purpose, doesn’t speak without thought and never, ever loses his cool. The lives of his brothers, his family, depend on it. But then Cassie McClintock strolls back into his life, and staying cool is next to impossible. Cassie was the one who got away—and Kir is willing to break all his own rules to keep it from happening ever again.

It’s one thing to report on the Russian mafia; it’s quite another to sleep with one of them, especially one as dangerous, and as sinfully sexy, as Kir Vasilek. Even though the information he once provided helped make her career—and the memory of his touch still keeps her up at night—Cassie knows too much about his world to go down that path.

But when Kir reaches out for help after a rival family comes for one of his own, Cassie doesn’t want to say no, either to investigating a gruesome murder or to the heat that pulls her right back into his arms…and his heart. Taming Kir—and helping to save the family she’s come to call her own—is not the story she thought she’d write, but it’s the one she’s determined will get a happy ending.

Hers to Tame is the highly anticipated follow-up to His to Defend. And don’t miss Roman’s story in Mine to Keep, coming soon from Rhenna Morgan and Carina Press.

Hers to Tame by Rhenna Morgan is a hot, intense, and dangerous read. It involves a Russian mafia family of sorts. They do everything in their power to protect their own. When someone hurts their own, they strike back. Inside, I met Kir. Kir is a Russian mafia man who was betrayed by both his parents. His own mother hurt their family and disowned their names. His father died from her betrayal. Kir vows to not let a woman into his life. Until, a certain blonde beauty enters his life. From there, Kir and Cassie have a hot affair and then try to pursue a business only relationship. Only that doesn’t work out for Cassie. Kir never says he didn’t want Cassie romantically. His family is funny and charming. I like them all. They are not his blood family but they’re good enough to be his family. My heart broke for this mafia gang family and for Cassie. Good characters, tons of danger, and plenty of action. The romance between Cassie and her Russian man heats up the pages. This is one novel readers don’t want to miss!